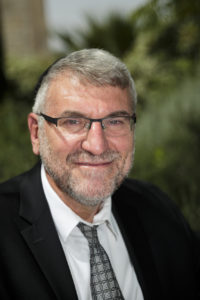 Rabbi Jeremy Kagan grew up in Hawaii and attended Yale University, where he received a B.A. in Philosophy. While traveling in Israel during college he began his Torah studies, going on to learn in Ohr Sameach, Meshech Chochma, and Heichal HaTorah B’Tzion. He regularly attended the shiurim of Rav Moshe Shapiro and eventually gained Semicha from Rav Zalman Nechemya Goldberg. His first book (Feldheim, 1998) The Jewish Self: Recovering Spirituality in the Modern World was much acclaimed. In 2011 his second book: The Choice to Be: A Jewish Path to Self and Spirituality (Feldheim, 2011) received the National Jewish Book Award for Modern Jewish Thought. His third book is in the process of being published: The Intellect and the Exodus: Authentic Faith in a Complex Age (Koren, 2018).

You can reach Rabbi Kagan at rjeremykagan@yahoo.com

What his students say

“Rabbi Kagan, you taught us what it means to be a human being, what it means to be a Jew. You opened our minds to ideas and concepts that we never even imagined existed. Free choice is not just another controversial topic anymore. It’s our key to spirituality and a relationship with God.  Our perspective on the world is different because of you.”
← Mrs. Eli Horwitz Mrs. Susan Kagan →